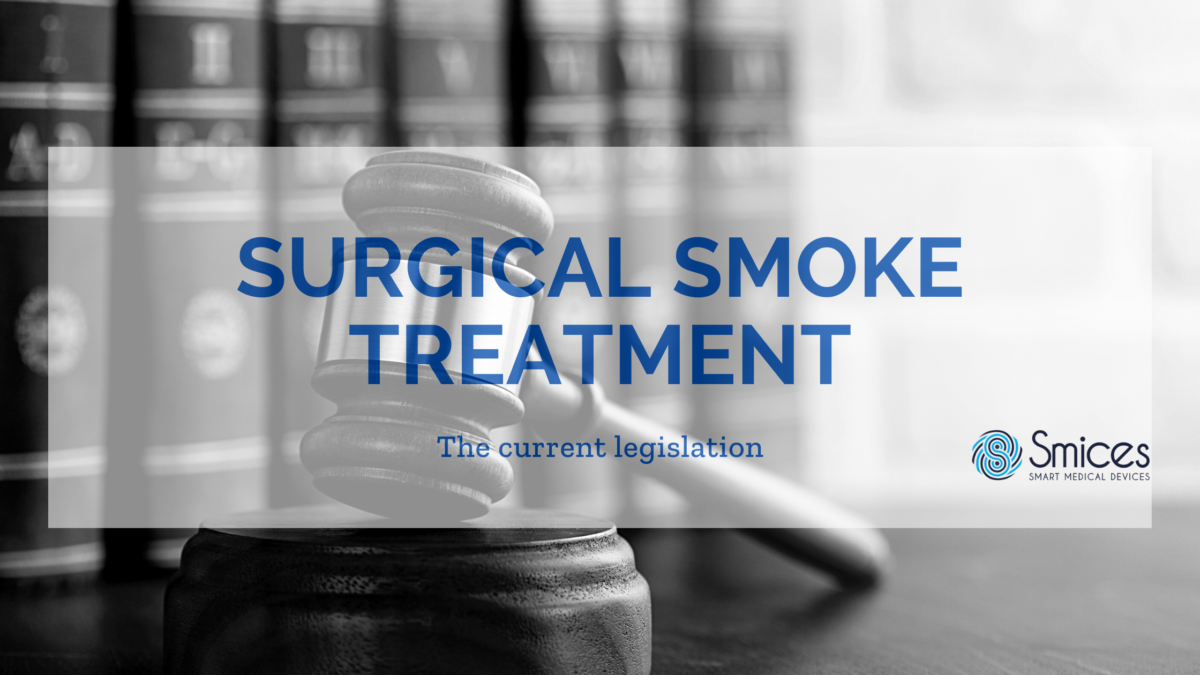 Surgical smoke is harmful to the healthcare professionals who inhale them. Therefore, it is important for the public authorities and the governments to protect them by establishing laws and regulations to limit the spread of these fumes within their work environment.

The primary purpose of this article is not to list all the current laws and recommendations in every country in the world, but to briefly state the main regulations and standards that may exist.

Currently, there is no specific legislation on the filtration and the evacuation of surgical fumes in France. However, some obligations are stated in the French Labour Code, introduced by the decree N°2008-244 of March 7, 2008.

“In closed premises where workers are required to work, the air has to be renewed in such a way as to

1° Maintain the purity of the atmosphere so as to protect the health of workers;

Furthermore, as stated in Article R4222-12 of the same code:

“emissions in the form of gases, aerosols, particles […] that are uncomfortable or harmful to workers’ health must be eliminated […] when production techniques allow it.

Otherwise, they must be captured as they are produced, as close as possible to their source of emission and as effectively as possible […]”.

Although the expression “surgical fumes” is not explicitly mentioned in this decree, those are made up of various toxic substances and biological constituents and are harmful to those who inhale them.

2. In the United Kingdom

In the United Kingdom, the Medicines and healthcare products regulatory agency (MHRA) recommends the use of smoke evacuation systems near the source of emission, especially during laser surgery. It also points out that equipment such as surgical masks do not provide sufficient protection for operating room staff.

Since 2014, Germany applies a technical regulation called TRGS 525, 8.1 published by the Ministry of Labour and Social Affairs. Among other things, it states that surgical fumes should be evacuated in hospitals. The regulation also states that :

4. In The United States of America

In these states, it is now mandatory for health care facilities to equip and use an evacuation system during procedures that generate surgical smoke. The purpose of these laws is to protect health care workers by limiting their inhalation of harmful substances. Other bills are being read in several other states, such as Illinois and New Jersey.

In addition, the federal government’s Occupational Safety and Health Administration (OSHA), has set standards and regulations for occupational safety and health. OSHA estimates that approximately half a million American healthcare workers are exposed to surgical fumes and biological aerosols each year.

The Canadian Standards Association (CSA) has developed one of the most comprehensive standards for surgical fume filtration and evacuation. Published in 2009 and amended in 2013, the Z305.13-13 standard Plume Scavenging in Surgical, Diagnostic, Therapeutic, and Aesthetic Settings provides guidance on the installation, use, and maintenance of surgical fume treatment devices. It also requires that any health care facility in Canada where fumes are generated during surgical procedures must provide information on the harmfulness and health risks of the fumes.

Based on this standard, the Operating Room Nurses Association of Canada (ORNAC) recommends the use of a high-filtering venting system for any procedure that generates noxious fumes.

In addition to these legislations, societies, and associations, such as the SF2H in France or the AORN in the United States, often warn about the dangers and the harmfulness of surgical fumes. They issue recommendations in order to protect healthcare workers, but these are not repressive.

Find out more by reading our article about the dangers of surgical fumes.

This website uses cookies to improve your experience while you navigate through the website. Out of these, the cookies that are categorized as necessary are stored on your browser as they are essential for the working of basic functionalities of the website. We also use third-party cookies that help us analyze and understand how you use this website. These cookies will be stored in your browser only with your consent. You also have the option to opt-out of these cookies. But opting out of some of these cookies may affect your browsing experience.
Necessary Always Enabled

Any cookies that may not be particularly necessary for the website to function and is used specifically to collect user personal data via analytics, ads, other embedded contents are termed as non-necessary cookies. It is mandatory to procure user consent prior to running these cookies on your website.